It’s been a while since we published any thing new for the RC2014 architecture.

A couple of important notes:
* Both ROM and RAM memories must be the same size.
** see explanation below

The option for either nMRD and nMWR (nRD and nWR or’ed with nMREQ) signals or nRD and nWR only signals when IC3 (74xx32) is fitted or not fitted allows for experimenting with other CPU Read/Write architectures.

Notably, the enhanced RC2014 bus features a 16-bit data bus. The card can use this enhancement by allowing the selection of the high or low 8-bit portion of 16-bit data bus. This allows the user to experiment with 16-bit CPU’s such as 68000 or 8086 when two cards are used together. 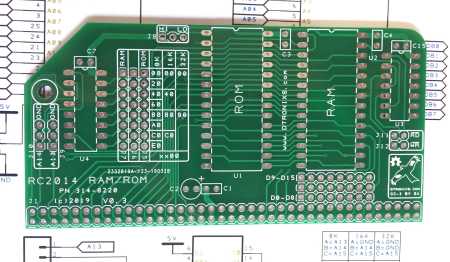 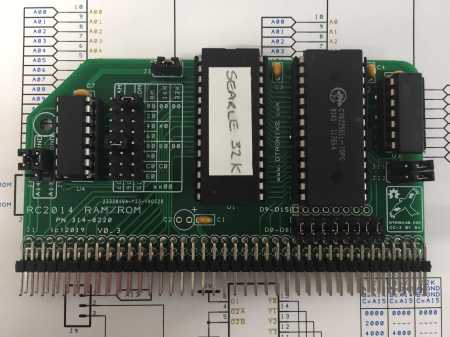 This week saw the arrival of another big box of PCB’s. A lot of PCB’s. Some old but many new.

Arriving where some new stock of RC2014 prototype board, prototype plus boards and extender boards which I sell on Tindie.

Also in the box where some new board designs. No new RC2014 PCB’s this time but some boards for the ZX Spectrum and Commodore 64 computers. I’ll share more details of these in the coming days and weeks.

Time to break out the soldering iron 🙂

I’m please to announce that the enhanced prototype board/PCB for the RC2014 Bus I blogged about back in May is now on Tindie.

If you’re into making I/O cards for the RC2014 than this enhanced prototype board might be of interest to you.

It features circuitry (see schematic) to for selectable decoding the I/O address and also gates to generate !IORD and !IOWR signals, as well as two spare OR gates.

The IC’s used are:

Earlier in the month I got big box of PCB’s for the most recent RC2014 boards I’ve been working on.

In amongst the PCB’s were a couple or three new designs. The first is an enhanced prototyping board. As well as lots of PCB pads for building stuff it also features some decoding logic to make your design a little easier. The other PCB was for a Z80 PIO digital input/output card and the final new PCB was for a minimal chip computer inspired by Grant Searle popular Z80 design but featuring an enhanced RC2014 bus (x3).

This is the Z80 CPU module I demonstrated a few months ago. It is designed to work with the RC2014 bus.

So what makes it special? Well, the module includes a number of extra features and enhancements designed to simplify a system build. These include:

It will work with either the standard RC2014 bus or the latest enhanced bus where all the Z80 CPU signals are available.

It includes several options for generating a signal clock: Crystal, Oscillator or taken from RC2014 back plane.

A reset circuit is included.

The schematic is here: 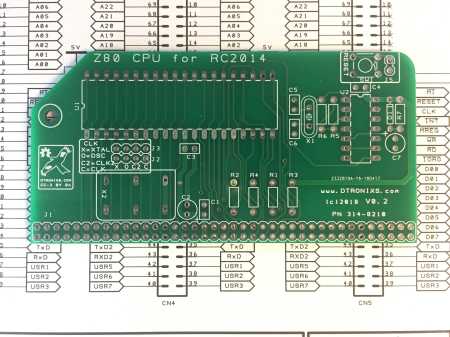 and you can find it on Tindie here:

I recently came into possession of a Apple IIe (an enhanced Apple II from the early 80’s) and decided to build a few PCB’s to help get this old warhorse back up in running. The first board  designed was an extender card for the Apples expansion card to make testing and fault finding them a little easier. The second PCB was a prototyping board to allow me to build up various test circuits.

Both will be available on Tindie soon

Inside the box were some new RC2014 boards. The first two new PCB’s were my respins of a Z80 SIO/2 serial board and a Raspberry Pi Zero terminal board, as well as two brand new designs.

The first brand new board was a RC2014 RS232 breakout board allowing TxD1/RxD1 and/or TxD2/RxD2 serial signals from the RC2014 bus to be driven at RS232 levels.

The second brand new PCB was a new 8052 CPU board. This is a bit of an experimenters board as the 8052 bus architecture doesn’t directly map onto the Z80 bus architecture. When using the 8052 CPU some of the Z80 control bus signals (!M1, !MREQ, !IORQ etc.) will need pulling low via jumpers when attempting to make use of other cards. So why all the fuss. Well, the 8052 CPU does have the excellent the 8052-BASIC available which does make it a fun and a powerful (in 1980/1990 micro terms 🙂 ) system.

I’ve been busy with my big box of PCBs and I here’s my first Z80 system design and build. It comprises of the following: 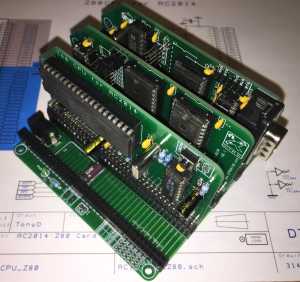 It’s pretty much a standard Z80 layout but I’ve expanded the bus to the latest Enhanced Bus definition for all the cards. The 5-slot backplane uses double row (2×39) female pin headers to include the RC2014 enhanced bus and in addition I’ve added an extra set of address lines (A16 to A23) for the possibility of using 16-bit CPU’s (8086/68000) and memory options (upto 1MB) in the future.

Here’s some pics of the various cards: 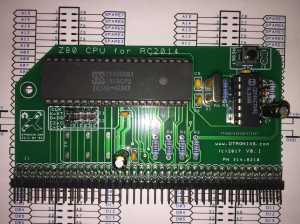 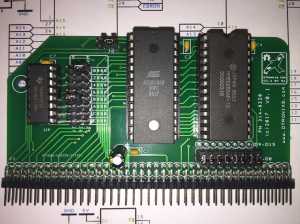 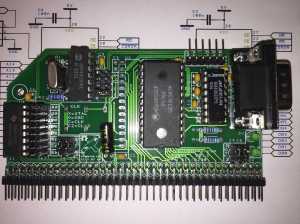 Christmas came slightly early this year when a big box of PCB’s arrived. 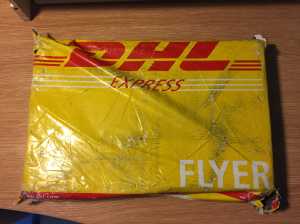 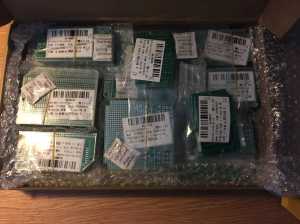 Inside the box where a bunch of PCB’s for making guitar effects boards.

As well as a bunch of PCB’s for my take on a RC2014 Z80 based retro computing system.

More pics to follow when I’ve built them up.

Zuzebox's Blog
Create a free website or blog at WordPress.com.