Wow, May’s been a busy, busy month for me. My day time job has taken me off to foreign climates for most of it, while what little time I’ve had home has been spent messing around with the Raspberry Pi.

Returning to the end of the April, a number of us from the Maker Space were asked to given a short talk at the Super Monday group. I haven’t done any public speaking since my University days, so I was very nervous about it.

All in all it was a very enjoyable evening. Videos from the night are here:

and Stuart Holmes wrote a nice review of the talks:

At Wednesday’s Open Session at our Maker Space, Jon was giving a Commodore 64 an MOT and I had a Raspberry Pi on show.

By the end of the session, the C64 was sorted and we had gotten VICE a C64 emulator working on the RPi. So we had a good old fashion face off between them. 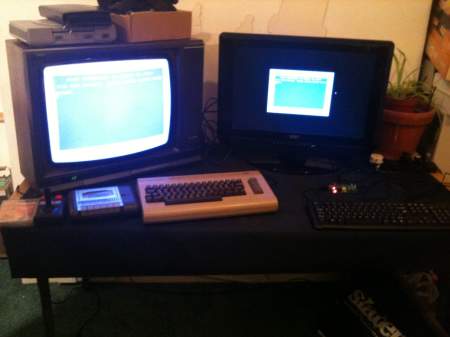 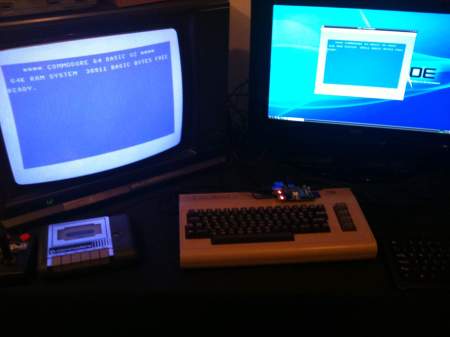 Exciting news, well for me anyway. I was getting frustrated not been able to store my project design files on this blog so I’ve started a new website:

It’s still early days but I’m planning on putting all my project design files there and perhaps a wiki as well to support them better.

At last the Arduino team have announced an official 32-bit ARM board.

The specs look pretty standard for a ARM Cortex-M3 but they’re nice specs none the less.

The uC is a SAM3U processor from Atmel with the following specs:

I’m not sure if the SAM3U uC is 5V tolerant, which could be a problem for some 5V only shields.

I’ve been a fan David Braben work since his (and Ian Bell’s) awesome Elite video game from the 80’s.

It was with great interested when I read about his latest hardware venture “Raspberry Pi” – An ARM Linux box for $25.

The specs for the Raspberry Pi are impressive

The first alpha PCB’s are back and they have successfully managed to get Linux working on them, with their latest blog entries showing the boards running a port of Quake 3.

With shipping quoted for the end of 2011, I know what I want for Christmas this year 🙂

The guys (and girls) at Liquidware (of Illuminato Arduino fame) have announced the Illuminato X Machina a small ARM based Arduino like platform that can be interconnected to other X-Machinade to form a cool networked computing cluster.

Each small square board has its own ARM Cortex M3 microcontroller giving each board its own processor, program memory, data memory and I/O. Each board can also interconnected to other Illuminato+X+Machina boards on one or more of its four sides.